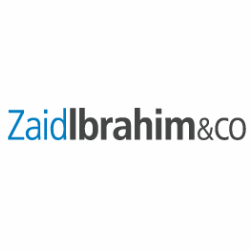 Zaid Ibrahim & Co., founding firm of the ZICO Law network, is a full service firm. With more than 170 lawyers, the firm has developed a reputation for devising innovative and practical solutions customised to its clients’ needs.

ZICO Law is an integrated network of multidisciplinary firms helping organisations and individuals succeed in ASEAN.

As part of the ZICO Law network (which includes preferred firms in Sarawak and Sabah), the firm provides clients with direct access to a powerhouse of over 300 lawyers in 17 cities across the 10 ASEAN countries, and is in a unique position to provide cross-border legal services throughout the regional network. Besides Malaysia, our presence in Brunei, Cambodia, Indonesia, Laos, Myanmar, the Philippines, Singapore, Thailand and Vietnam enable us to blend local expertise with a regional insights.

ZICO has an associated Shariah advisory company, ZI Shariah Advisory Services Sdn. Bhd. (ZI Shariah) as well as an associated trust company in Labuan, ZI Labuan Trust Company Ltd. It is also an approved consultant to the Government of Malaysia and a registered legal advisor with the Asian Development Bank (ADB).