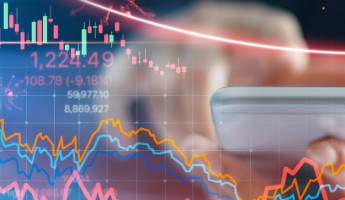 RAM Ratings has reaffirmed the AAA/Stable/P1 financial institution ratings (FIRs) of Malayan Banking Berhad (Maybank or the Group) and its banking subsidiaries. Concurrently, the ratings of the entities’ sukuk/debt facilities have also been reaffirmed (full list in Table 1). The rating action is premised on Maybank’s dominant and entrenched position as the largest bank in Malaysia, as well as strong funding capabilities by virtue of an extensive branch network. It also reflects our expectation that the Group’s sound loss absorption buffer will sufficiently cushion greater provisioning needs in the next 12-18 months, and that extraordinary support will come through if needed given Maybank’s systemic importance to Malaysia.
As with other banks, the unprecedented economic crisis poses significant asset quality risks to Maybank. We expect the magnitude of such risks to vary in Maybank’s home markets, partly dependent on local governments’ containment and fiscal measures in response to the pandemic. The pace of recovery would also be uneven across sectors, as certain industries could stay in the doldrums until global economic and trade conditions markedly improve. Although Maybank’s headline gross impaired loan ratio had trended lower since the start of the crisis (end-September 2020: 2.3%; end-December 2019: 2.6%), credit slippages were masked by relief measures in the form of loan moratorium, restructuring and rescheduling activity, as well as some impaired loan write-offs.
Even so, the Group has been pre-emptively building up its provision buffers through management overlays and by updating forward-looking macroeconomic variables in its provisioning model – both of which contributed 60% of its loan impairment charges in 9M fiscal 2020. The larger buffer would cushion some potential deterioration should credit risks escalate, although we do not rule out greater provisioning needs if conditions worsen substantially. Its credit cost ratio is expected to clock in between 75-100 bps in 2020, and could stay elevated this year.
Although provisioning is a central theme for banks’ earnings in the 2020-2021 period, Maybank’s top line also suffered from a considerable compression in net interest margin and modification losses (on account of the automatic loan moratorium in Malaysia) in 9M fiscal 2020. Stronger investment and trading income and to a smaller extent, some cost savings, had alleviated some earnings pressure. The Group’s pre-tax profit came in at RM6.7 bil in 9M fiscal 2020 (-14% y-o-y), which translates into a still-sound return on risk-weighted assets of 2.3% on an annualised basis.
Maybank’s capital position continued to be a key rating strength – its post-dividend common equity tier-1 capital ratio was a sturdy 15.3% as at end-September 2020, after factoring in the actual dividend reinvestment rate of 87.4% for its interim dividend (to which the Group’s dividend reinvestment plan was applicable). We expect Maybank to strike a balance between rewarding shareholders and retaining capital to weather headwinds ahead.
Maybank Islamic Berhad’s and Maybank Investment Bank Berhad’s FIRs mirror those of the Group, given our view that these core subsidiaries are strategically important to Maybank. Maybank Islamic is the Group’s flagship Islamic banking entity – it is the largest Islamic bank in Malaysia and is well regarded in the global Islamic finance industry. Maybank Investment – the Group’s investment banking and stockbroking arm – is a prominent name in the local investment banking scene. It consistently ranks among the top three in the domestic equity and debt capital market league tables.
Table 1: Ratings of entities and debt issues
Analytical contact
Loh Kit Yoong
(603) 3385 2493
kityoong@ram.com.my
Media contact
Padthma Subbiah
(603) 3385 2577
padthma@ram.com.my
Date of release: 22 January 2021
The credit rating is not a recommendation to purchase, sell or hold a security, inasmuch as it does not comment on the security’s market price or its suitability for a particular investor, nor does it involve any audit by RAM Ratings. The credit rating also does not reflect the legality and enforceability of financial obligations.
RAM Ratings receives compensation for its rating services, normally paid by the issuers of such securities or the rated entity, and sometimes third parties participating in marketing the securities, insurers, guarantors, other obligors, underwriters, etc. The receipt of this compensation has no influence on RAM Ratings’ credit opinions or other analytical processes. In all instances, RAM Ratings is committed to preserving the objectivity, integrity and independence of its ratings. Rating fees are communicated to clients prior to the issuance of rating opinions. While RAM Ratings reserves the right to disseminate the ratings, it receives no payment for doing so, except for subscriptions to its publications.
Similarly, the disclaimers above also apply to RAM Ratings’ credit-related analyses and commentaries, where relevant.
Published by RAM Rating Services Berhad
Copyright 2021 by RAM Rating Services Berhad