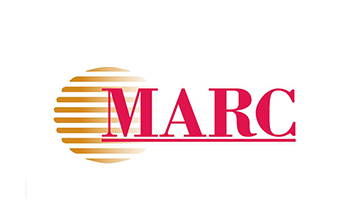 MARC Ratings has assigned a preliminary rating of AAAIS(s) to Projek Lebuhraya Usahasama Berhad's (PLUS) proposed Islamic Medium-Term Notes Programme (IMTN) of up to RM25.2 billion. The rating agency has concurrently affirmed its AAAIS rating on the outstanding RM17.2 billion under PLUS' existing Sukuk Musharakah programme. All ratings carry a stable outlook.

Of the proposed IMTN, RM17.2 billion will be exchanged with the existing RM17.2 billion Sukuk Musharakah. MARC Ratings does not view the substitution as a distressed exchange as there is no change to terms compared with the original contractual terms. The rating on the Sukuk Musharakah programme will be withdrawn upon completion of the exchange and its cancellation thereof. The balance of the proceeds of RM8.0 billion will be used for a one-off distribution to shareholders.

In the rating agency's view, the proposed IMTN has been precipitated by changes to the existing concession agreements: toll abolishment at the Batu Tiga, Sungai Rasau and Bukit Kayu Hitam toll plazas on January 1, 2018; toll abolishment on motorcycles at Penang Bridge and Malaysia-Singapore Second Link (Linkedua) on January 1, 2019; and an 18% toll discount given from February 1, 2020 onwards to Class 2, 3, 4 and 5 vehicles using Penang Bridge and to Class 1, 4 and 5 vehicles on all other highways under PLUS. To redress the impact on PLUS from the changes, supplementary concession agreements have been recently concluded, the salient features of which are: the concession period on all highways is extended to 2058, a freeze on toll hikes on all PLUS' highways and no compensation from the government from January 1, 2022, until the end of the concession period.

The assigned rating factors in the irrevocable and unconditional Letter of Undertaking (LoU) from the government to top up any cash shortfall such that PLUS' finance service cover ratio (FSCR) will be at a minimum 2.0x throughout the tenure of the proposed IMTN. In addition, the government's golden share and indirect shareholding in PLUS, as well as the cross-default provision between the proposed IMTN and the existing RM11.0 billion government-guaranteed sukuk, cement our view that government support would be extended to PLUS if needed. These factors provide a two-notch uplift to AAA from PLUS' standalone rating in our assessment.

PLUS' credit strength is also reflected in the maturity of its toll road portfolio that comprises North-South Expressway (NSE), Butterworth-Kulim Expressway (BKE), New Klang Valley Expressway (NKVE) and NSE Central Link (ELITE), among others. Its highway system covers a total length of about 950km. We note the strong recovery in the highways' traffic volumes from the pandemic-induced impacts; current traffic at NSE, NKVE, Penang Bridge and BKE has surpassed pre-pandemic levels. Traffic at Elite and Linkedua through September 2022 indicated a near-full recovery (92%-95%) from the pandemic.

In PLUS' base case cash flow projection that assumes traffic growth and operating margins at historical average yields with no payments from the government under the LoU, the minimum and average FSCRs are 2.10x and 2.80x. The laddered amortisation schedule of the proposed IMTN and some refinancing of sukuk tranches at maturity partly explain the comfortable metrics. In this regard, we view refinancing risk as mitigated by PLUS' solid access to the capital markets, its steady cash flow generating visibility, as well as the well-spaced maturities.

In MARC Ratings' sensitised case that assumes no traffic growth, PLUS would require the LoU support from year 2029 onwards. This presupposes that PLUS proceeds with its capex programme as planned, although it has leeway to defer some capex as it has in the past to preserve its financial metrics and liquidity balances. The flexibility to spread the repayment schedule, assumed within and up to 2052, to the programme's final maturity date in 2058, would further support its liquidity position. PLUS' total debt of RM28.2 billion currently would increase to a peak of around RM36 billion in 2023 under the restructure. The debt profile is, however, long dated with well-distributed maturities, rendering debt servicing manageable. The strength of PLUS' underlying operating cash flow generation of about RM2.1 billion p.a., supported by well-established levels of traffic volume, and the debt's long maturity runway would allow for organic deleveraging.