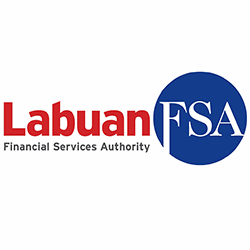 Labuan Financial Services Authority (Labuan FSA) was established in 1996 as a statutory body, responsible for the development and administration of the Labuan International Business and Financial Centre (Labuan IBFC). Labuan IBFC complements the Malaysian financial services sector through its offer of diversified products and services as well as robust regulatory and supervisory regime that is developed in line with international standards and best practices.

The functions of Labuan FSA currently include licensing, regulating and supervising as well as developing policies for the orderly conduct of financial services and business in the IBFC. While the marketing and promotion functions of the IBFC are managed by its wholly owned subsidiary, Labuan IBFC Incorporated Sdn Bhd.

The products and services offered by Labuan IBFC are available in both conventional and Shariah-based principles in the area of international business, banking, insurance and reinsurance, wealth management and capital raising. The Labuan Foundation, Labuan Limited (Liability) Partnership, Labuan Special Trust, Labuan Pre-incorporated Company, Labuan Protected Cell Companies and Labuan International Trading Company, introduced in 2011 under the Global Incentive For Trading Program, are among the latest products available in Labuan IBFC.

Located in the growth centre of the Asia Pacific region, Labuan is well positioned to serve the needs of both domestic and regional businesses and investors, especially through its fiscal incentives and other value-added propositions.