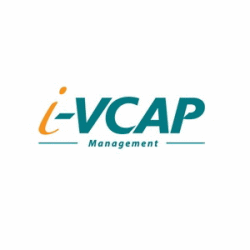 i-VCAP, incorporated on 25 October 2007, is a holder of the Capital Markets Services Licence (CMSL) issued by the Securities Commission Malaysia under the Capital Markets and Services Act 2007. Its principal business activity is the provision of Shariah-compliant investment management services.

i-VCAPs management is headed by Chief Executive Officer, Khairi Shahrin Arief Baki, who also sits on the Board of Directors ("Board"). The Board has established an Investment Committee, and Board Audit & Risk Management Committee in ensuring appropriate investment strategies undertaken by the Company, whilst maintaining good corporate governance in accordance with the relevant statutory requirements.

As at 31 December 2017, i-VCAP has an authorised share capital of RM100 million and issued and paid-up capital of RM11 million comprising 11 million ordinary shares of RM1.00 each.

i-VCAP is a wholly owned subsidiary of Valuecap Sdn. Bhd. ("Valuecap") which in turn is equally owned by Khazanah Nasional Berhad, Permodalan Nasional Berhad and Kumpulan Wang Persaraan (Diperbadankan). Valuecap was established in 2002 and is principally involved in the business of investment in securities listed on Bursa Malaysia Securities Berhad.